It’s a question we suspect we’ll be asking ourselves a lot over the next four years: Who thought this was a good idea?!

Melania Trump, best known for her poor portrayal of a happy rich person, has graced the cover of the latest Vanity Fair Mexico.

The magazine debuted the cover, and a portion of the accompanying photo spread, today.

In it, Melania joyously twirls some spaghetti from a bowl onto her spoon — but wait — that’s not takeout from The Olive Garden. Instead of food, her bowl is filled with precious diamond jewelry. Klassy. 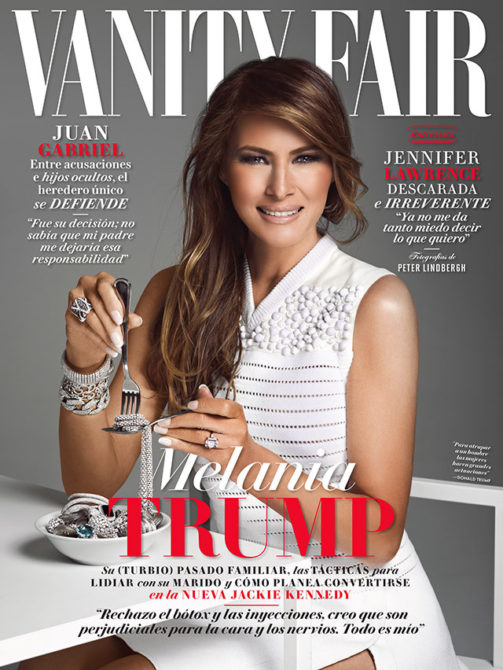 This is off on so many counts, especially given the timing of her husband digging his heels in on the whole “Mexico will pay for our new border wall” spiel.

In another photo, she poses with a cup full of diamonds: 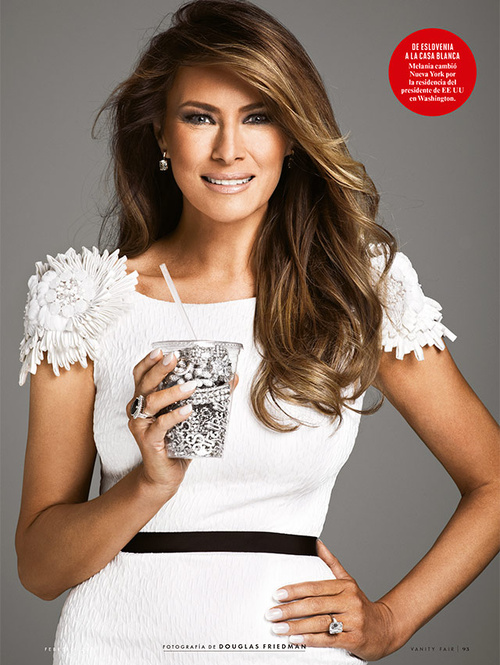 “We demand Vanity Fair Mexico not to distribute their magazine with Melania Trump on the cover; it’s a mockery and humiliation for Mexico,” Mic reports one woman tweeted in Spanish.

Obviously horrible optics aside — because what kind of message does the physical consumption of extreme wealth really send? — how, and we mean how in God’s name, did nobody ever say, “Hey, doesn’t this seem a lot like that skit that made the rounds last year?”

And if some wise aide had uttered that phrase, perhaps someone else would have said, “Oh yeah, the one about Melania eating diamonds?” 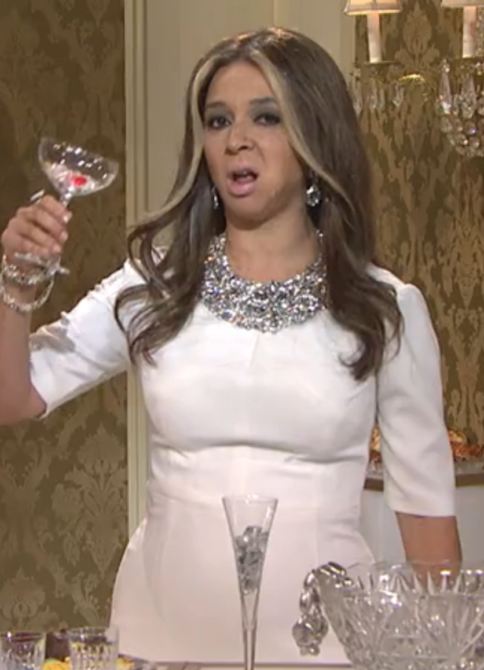 “Yes!” a third would cry out (she has a lot of aides now). “It was literally called ‘Melania’s Diamonds.’ Maybe this photo shoot is a bad idea after all.”

But no such conversation was had, and now we get to direct you, once again, to a skit from NBC’s “Maya & Marty” titled, as mentioned above, “Melania’s Diamonds.”

Way back in July of last year, we ran a post titled “Maya Rudolph’s ‘Melania Trump Eating Diamonds’ more relevant than ever.”

We’ll be the first to say she one-upped us, bigly.