“Skins” is basically the British “Degrassi,” which is the Canadian “Dawson’s Creek,” which is the American “Skins.” Teenagers have lots of drama and television is apparently the perfect medium for all that angst.

But that’s not why you’re here.

Fans of “Skins” will no doubt remember Maxxie Oliver, a gay character that appeared in the show’s first two seasons (2007-2008), played by actor Mitchell Hewer.

The show was unique in that it replaced its core cast every two years, so Maxxie was never seen or heard from again after ’08. 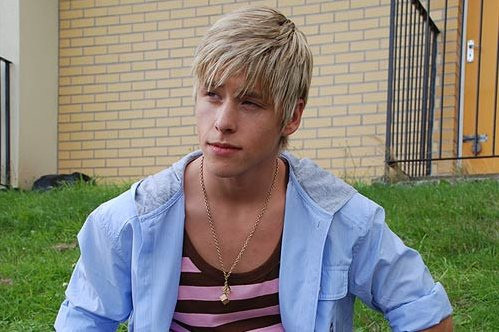 Hewer, on the other hand, is still very much around. Ten years after he debuted as Maxxie, the lithe twink with Bieber bangs and blond highlights, it’s safe to say he’s grown into his own.

Check out his transformation below: