When we gave you The World’s 10 Best Gay Beaches it became clear you wanted to skip the tan lines and feel the heat. If you’re looking for clothing optional options that include sun, sand and surf get thee to a nude beach!

Please add suggestions if your favorite didn’t make the cut. 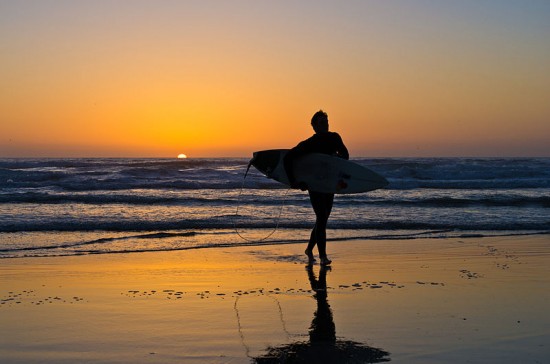 Could this be America’s biggest (and sexiest) nude beach? Head just north of San Diego to a really special spot just below La Jolla. The Black’s Beach Bears provide hot grill, extra umbrellas, and beach toys like Frisbees, body boards, and sand castle molds. There’s plenty to see and do on this clean and popular spot. 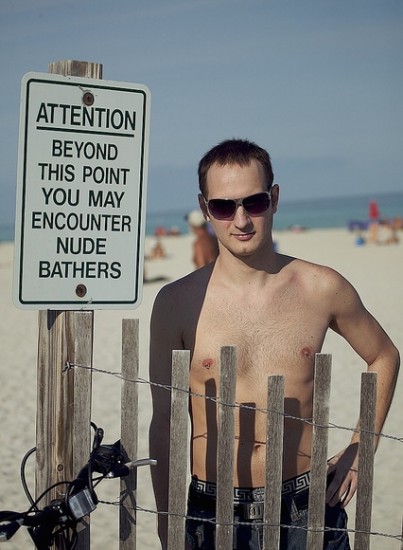 Haulover Beach Park, a stretch of land between the Intercoastal Waterway and the Atlantic Ocean offers pristine white sand, open air surf, shaded picnic areas, sand dunes, concession stands, and a surprising number of men. The popular beach draws up to 7,000 on busy days, with many of them sauntering to the northern sections of the area to drop those sand traps they call swim suits and let it all hang out. 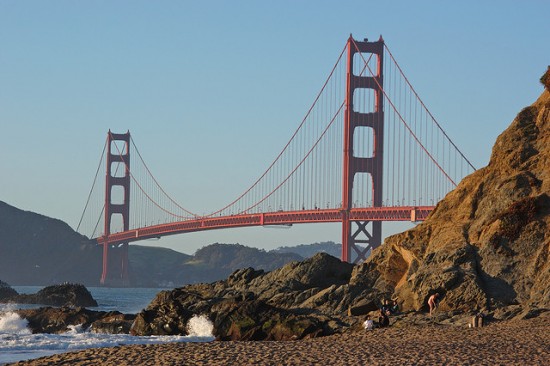 Baker Beach was infamously the original home to Burning Man. When the fog rolls out over the bay and the temperatures rise sun seekers flock to the rocks and sandy shore. Take in the stunning view of the Golden Gate Bridge and flickering reflections of San Francisco structures and sky rises. Go North to shed the clothes and join the likeminded naturalists. Don’t worry, nobody is going to mind if you flash those pretty buns out across the bay.
Photos by Ernesto Sarezale, nickkorkos, Peter V. Hernandez

Hanlan’s Point has officially been clothing optional since 2002 and people really let it hang out! Before you strip down make sure you are in the designated area and be sure to dip those toes in the water before diving in, the water can be a bit brisk until later in the season. Don’t worry if the water’s too cold, there’s plenty to scope out on the beach with the Toronto skyline shimmering in the distance.

Located on the north side of Sydney’s harbor, all you really need at Obelisk is a bottle of sunscreen and a jug of water. Nude sunbathing is allowed on the beach and though it might be less frequented than Lady Jane there’s still a nice crowd (without all the tourists).

Sandy Bay might seem like a hike, skip, and a jump but be prepared for your jaw to drop on arrival. The water is freezing cold, so leave the floaties at the hotel. The beach itself is about ten miles outside of Cape Town, and quite a hike from the parking lot but the serene wooded walkways leading up to the stunning gay mecca will definitely calm the excitement. Be sure to bring water, snacks, and clear your calendar because if you’ve made the trek you should definitely spend the day!

Little Beach, at 650 feet long, is one of the most admired Hawaiian nudist beaches. Popular from the last 60’s until today, this tranquil hotspot is popular among locals and tourists alike. Natives come out of the woodworks for drum circles, swimming, and “fire dancing” and perhaps a few glances at the eye candy. Be sure to stay for the sunset, it’s out of this world… 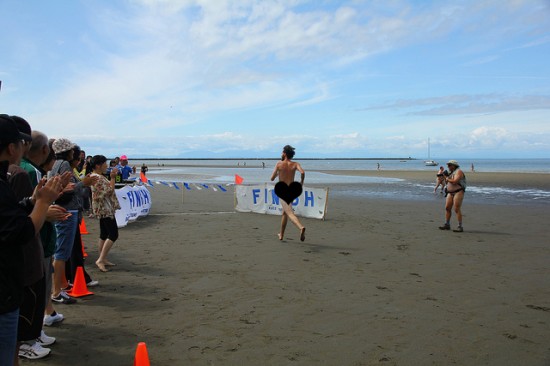 How many visitors do you think Wreck Beach gets in a year? Ten, twenty, thirty thousand visitors? Think again. The hot little landscape is actually the second biggest clothing optional beach in North America, with over 100,000 visitors each year. The beach itself is located on traditional Musqueam land, hugs the western tip of the Point Grey headland within Pacific Spirit Regional Park. Sunseekers can join in volleyball or group dice games or munch on delicious bites like Peruvian empanadas from local vendors or join in beach casino (nude only, of course). Who knows, you might just hit the jackpot.

Ipanema is fun and all but if you’re looking for a boy from Ipanema, you have a better chance of finding him sunning his back side 25 miles west of Copacabana at the “Apricot Beach,” popular since the mid 1940’s. Expect a low-key, mellow (yet handsome) crowd avoiding crowds and watching the day go by.

Don’t worry, you will never find Republican Governor Chris Christie at Sandy Hook unless there is a state emergency. While Nudism is officially illegal in New Jersey Gunnison rests on part of where a fortress protected New York’s coveted harbor. Sea Captain Henry Hudson discovered the famous beach in the early 1600’s and boat loads of New Yorkers started flocking to the clothing free beach since the 70’s. One can find quite the crowd of likeminded naturalists any day of the week in the summer, especially for a long, sandy weekend. Be sure to scope out a prime spot early and play nice with your neighbors.